Alfalfa or Grass: Which One Is Best For Your Horse 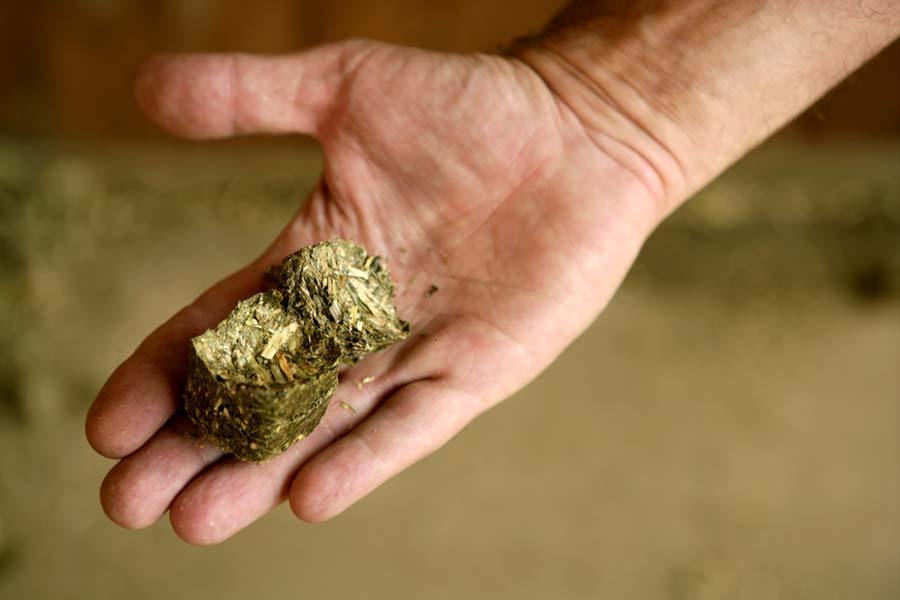 Even a horse novice can tell you that horses eat hay. The real question is: which type of hay is best for them? The two most common types of hay are alfalfa hay and grass hay. Although both are good for your horse, as they contain plenty of nutrients, there’s some debate over which one is better. As it turns out, it all depends on your horse.

Alfalfa Hay Is Full Of Nutrients

Many horse owners are concerned about the calcium and phosphate ratios in alfalfa hay. These ratios are often too high, just as a result of the alfalfa itself. Instead of making this type of hay bad for your horse, it really just means that they need to eat less of it. The real problem stems from giving your horse too much alfalfa, or the animal eating until it’s full, meaning that it ends up with too many nutrients. The most common term is too “hot” meaning that the horse has way too much energy, as a result of eating large quantities of alfalfa.

On a good note, this type of hay is lower in carbohydrates than other types of feed. If your horse has a condition like metabolic syndrome or insulin resistance, then alfalfa hay is the best thing for them.

Then there’s grass hay. This feed is high in carbohydrates, but lower in many other nutrients. Your horse will have to eat quite a bit of grass hay in order to get the nutritional benefits as alfalfa. Essentially, grass hay is a very good filler food. This works well if you like to have your horses graze all day – they can eat plenty of grass hay and not end up feeling “hot” as they would after eating alfalfa. However, if your horse is obese or has laminitis, then grass hay isn’t the best food, simply because of its carbohydrate content.

Combine the Two or Follow Your Horse’s Nutritional Needs

The ideal solution here is to mix both alfalfa and grass hays. If your horse is in good health and has no underlying conditions that affect its diet, then this is the best thing to do. Stick with a ratio of around one part alfalfa to two or three parts grass, and you’ll have the best of both worlds. Of course, if your horse has a special condition that can partially be controlled through nutrition, then you’ll have to change that ratio accordingly.

← Five Important Ways To Decipher Your Horse’s Behavior What Is Natural Horsemanship: Clearing Up The Myths →